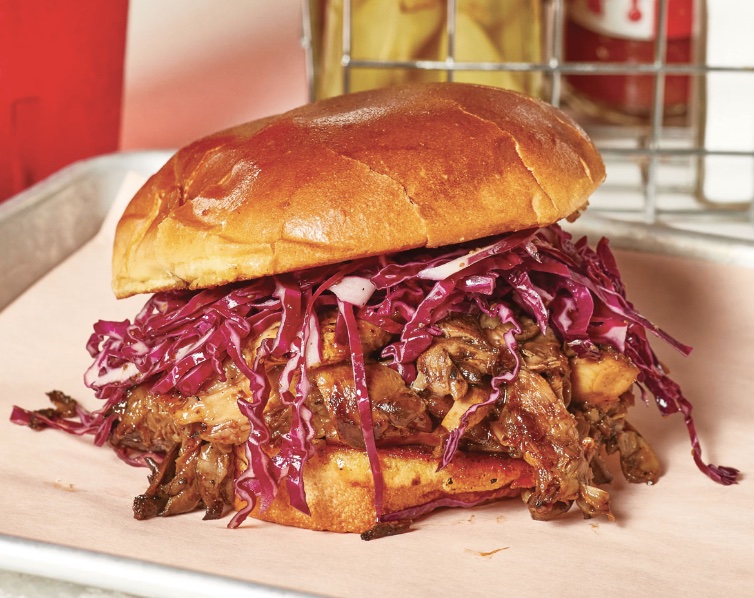 From a distance, the sandwich they came up with (above) looks like its pulled-pork counterpart. But it’s filled with oyster mushrooms. They’re charred, sauteed in vegan barbecue sauce—no Worcestershire—and loaded onto a bun with vinegar-dressed coleslaw.

Not long ago, a meat-averse person who found themselves at a barbecue restaurant would have been relegated to a pretty short menu of side dishes: mac and cheese, potato salad, green beans that might not be flavored with bacon. But, as palates have become more plant-forward, so too have ’cue joints—where veggies are now getting almost as much respect as their low-and-slow menu mates. Take the pulled mushroom sandwich at the new Westside location of Fox Bros. Bar-B-Q.

These are some of the best veggie dishes at beloved Atlanta barbecue joints!