Long Gallery Harlem Presents – Delano Dunn: No One Can Be This Tomorrow 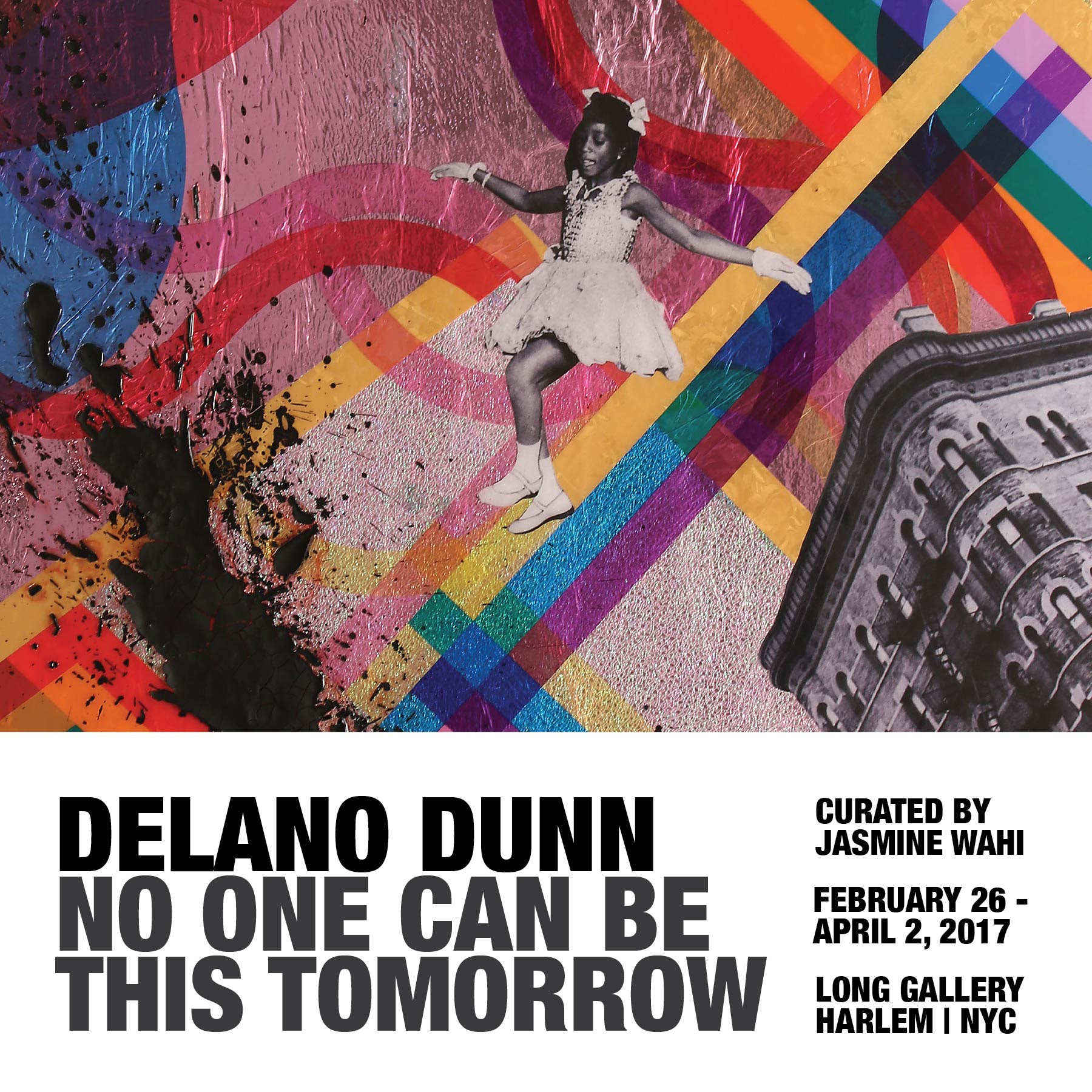 Long Gallery Harlem
2073 7th Avenue at 124th Street
(February 1, 2017 – New York, NY) – Long Gallery Harlem is pleased to announce the opening of No One Can Be This Tomorrow, a solo exhibition of work by Delano Dunn that explores the false promise of true freedom and equality in the wake of the Emancipation Proclamation, the Civil Rights movement, and the election of Barack Obama, all moments of jubilation in Black America.

Through an array of mercury-like, brightly colored, mixed media collages, Dunn addresses the reality that the exuberant anticipation of a ‘better tomorrow’ was a misguided hope. The works employ a plethora of archival images from the Schomburg Center for Research in Black Culture, which range from 1867 issues of Harper’s Bazaar through the photojournalistic images of the Civil Rights era. By using these archival materials that illustrate examples of the black experience in America, Dunn tacitly condemns the notion that social equality was a reality for African Americans between emancipation and today. Though not explicitly presented in the archival material that the artist is using, it is implied in the holistic composition that these inequities have carried into the contemporary context.

Dunn’s work frequently both embraces and subversively challenges the idea of a ‘Black Utopia ’- a time, place, and space in which America is an equitable and safe space for black people. Black Utopia is an existence in which Black America is synonymous with America; in which separate and unequal is eradicated, and together and equal is not a privilege allotted to a few, but a true right shared by all. Within this particular body of work, Dunn not only explores anti-climax of post-Jubilee America, but points a specific lens at the experience of African American women within this context. Using the works of seminal intersectional theorist Bell Hooks, among others, Dunn orients the conversation around the experience of Black Women, and the burden they have come to bare because of their gender and race.

Although he pulls his images from the annals of history, these works pivot to a more contemporary conversation about the black female experience in the face of ever-blooming racial tensions and violence that affect black women in a way that often goes unnoticed in the larger discourse. The title of the exhibition, No One Can Be This Tomorrow, speaks to this idea of the perpetuated falsehood of a Black Utopia. It is a phrase that his three year old daughter said, Violet, during the process of making the work. It is a wise interpretation not only of what has come to pass; but also, an acute analysis of this body of work.

About the Artist:
Delano Dunn (b. Los Angeles, CA) received his MFA in Fine Arts from the School of Visual Arts in New York City. Through painting, mixed media, and collage, Dunn explores the questions of racial identity and perception through various contexts, ranging from the personal to the political, and drawing from his experience growing up in South Central LA. Dunn’s work has been shown in numerous solo and group exhibitions around the United States. Delano Dunn currently lives and works in New York City.

About the Curator:
Jasmine Wahi is the Founder/ Co-Director of Project For Empty Space, and the Co-Owner/Co-Director of Gateway Project Spaces in Newark, NJ. She also curates independent projects that address social phenomenon, and is a Professor in the MFA Fine Arts Department at the School of Visual Arts in New York City. 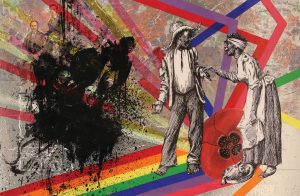 One Response to “Long Gallery Harlem Presents – Delano Dunn: No One Can Be This Tomorrow”