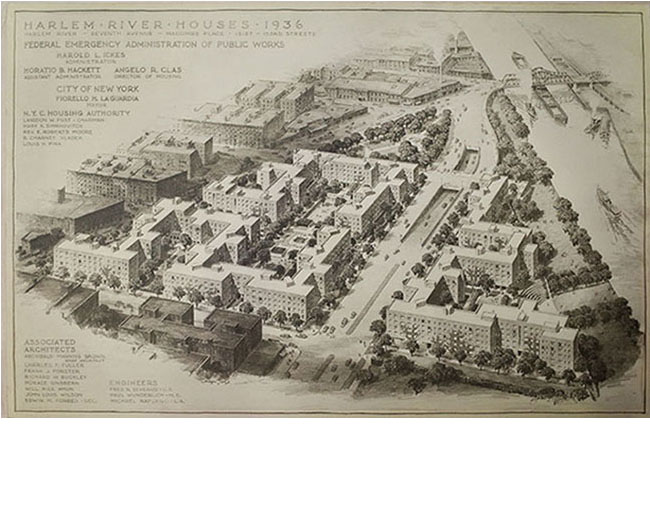 Built for working-class African Americans, the complex was designed by a consortium including John Louis Wilson, Jr., the first African American to graduate from Columbia University’s School of Architecture. Through such parallel examples, this exhibition tells a story of segregation, inequality, and aspiration­­––a story as old as the country itself, and one that continues to pose the question, “How to live in America, together?”

One Response to “Living in America: Frank Lloyd Wright, Harlem, and Modern Housing”