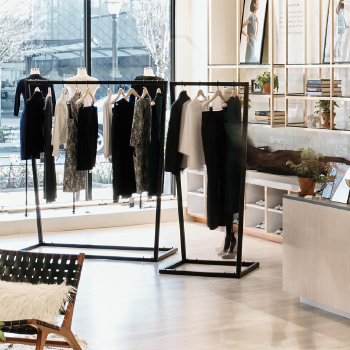 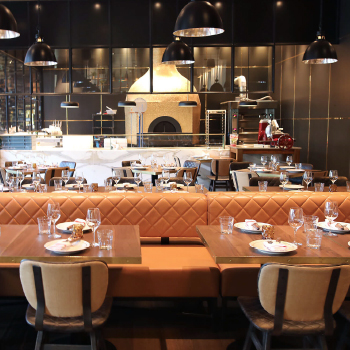 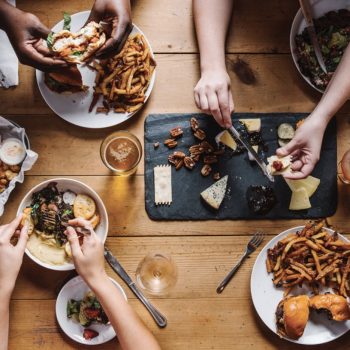 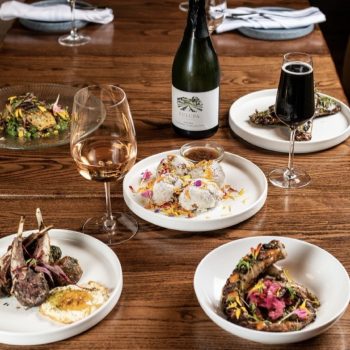 Ten thousand vintage vinyl records greet you at Apt 4B, as does a state-of-the-art McIntosh sound system, the perfect example of how the restaurant blends “the best of then and now,” says executive chef Dayana Joseph. Additional touches such as a mix of modern and vintage flatware, dining chairs, and more bring the concept full circle.

Most importantly, of course, is the food, which Joseph, a Haitian, describes as modern Caribbean. “That means a use of traditional ingredients married with modern techniques found in gastronomy and fine dining,” she says, “such as reverse spherification, dehydration, and fermentation.” A hallmark of Caribbean cuisine is the concept of cooking nose to tail: Joseph braises her oxtails for three hours with mirepoix, fresh herbs, scallion, ground round spices, and Scotch bonnet peppers. 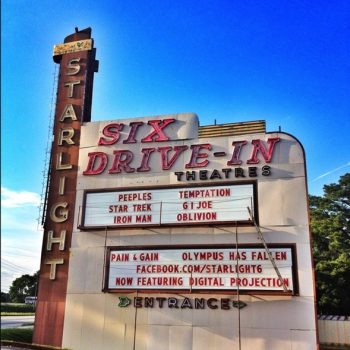 10 Best Things to Do After Midnight in Atlanta

It’s 1 a.m., you’ve danced all night, and you need to relax somewhere other than home. Head to Duluth and lounge in the heat at Jeju Sauna, the king of metro Atlanta’s 24-hour Korean spas. Based around traditional Korean jjimjil, the model is tried and true: Pay a $30 entrance fee, grab your uniform and wristband to charge your services, separate into gender-specific locker rooms, and reunite with your friends in the communal area (or indulge yourself with a Korean demadi, an exfoliating body shampoo). There, take your pick of several saunas ranging from the toasty (jade) to even cold (ice), body and foot massages, or enjoy a dip in the swimming pool. 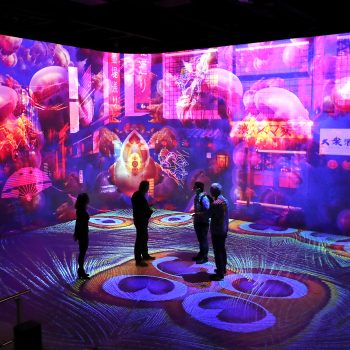 Illuminarium Experiences’ First Venue Opens on Atlanta’s BeltLine with WILD: A Safari Experience, Immersing Guests in the Splendor of Africa’s Most Exotic Animals

Today, Illuminarium Experiences, a breakthrough global experiential entertainment company created by worldwide leaders in cinematic and interactive content, architectural and theatrical design, and venue operations, opens its first Illuminarium in Atlanta, Georgia, with its debut spectacle, WILD: A Safari Experience. The immersive 26,000 square-foot entertainment complex on the Atlanta BeltLine will showcase the beauty and splendor of Africa’s most exotic animals in their natural habitats. It will also offer a first-of-its-kind nightlife experience at The Bar at Illuminarium and all-day dining at The Illuminarium Café.

Through a convergence of cutting-edge technologies from the most impressive brands in the industry, Illuminarium’s immersive venues will transport millions of visitors to places that they previously could only dream of experiencing. By enabling audiences to see, hear, feel, smell and even personally affect an experience, Illuminarium places the guest “inside” the narrative using techniques from traditional motion picture production and virtual reality combined with interactive features that facilitate the experience of the real world. In essence, Illuminarium exemplifies a “VR, without the glasses” experience. 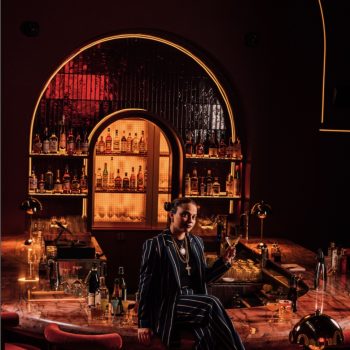 JoJo’s Beloved, a new cocktail lounge within food hall Politician Row at Colony Square, is a total vibe, allowing people to step back in time to the age of disco glam with a solid dose of 1980s futurism in its design and drinks.

Hidden behind a door toward the back of the food hall, people travel down a red carpeted, mirrored hallway to enter JoJo’s, a cocktail lounge intentionally designed by New Orleans firm Bell Butler to shut out the world and transport patrons back to the fabled nightlife of the 1970s and early 1980s. 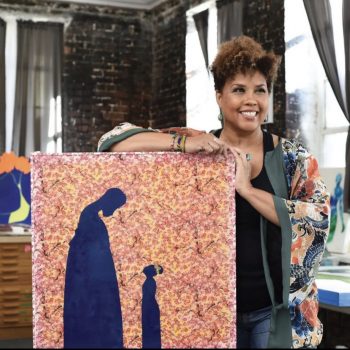 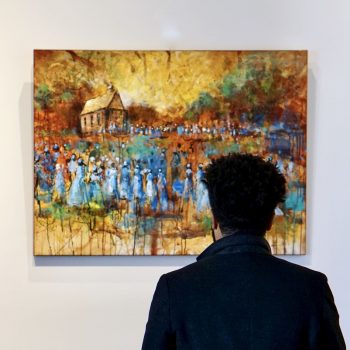 Atlanta’s Black art scene is one of the best in the country and visiting the galleries and museums throughout the city is a great way to get aligned with Atlanta’s creative pulse.  Here are three spots that cater exclusively to showcasing thriving talent and amplifying opportunities for new up-and-coming Black artists within Atlanta’s art scene.